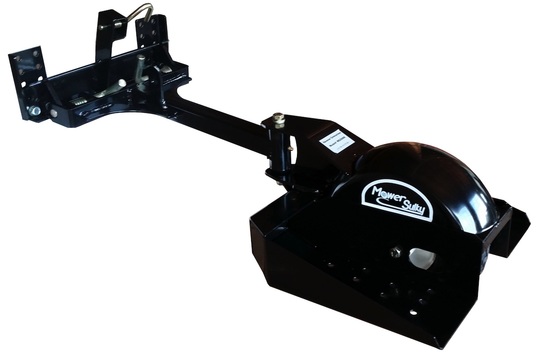 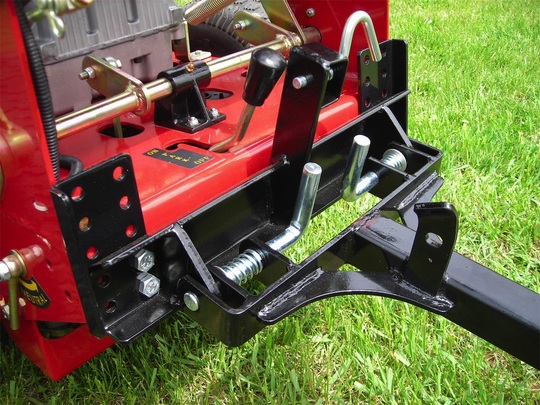 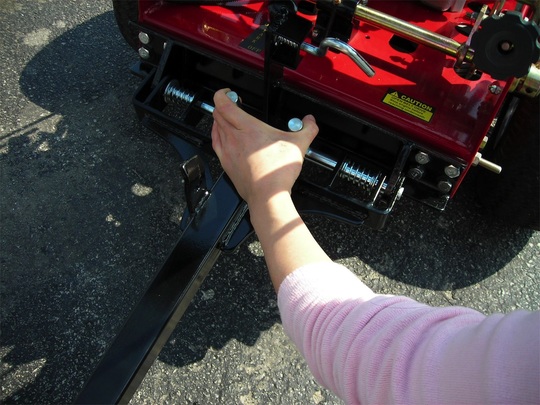 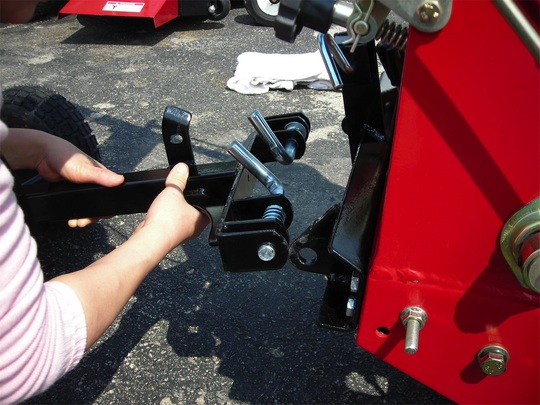 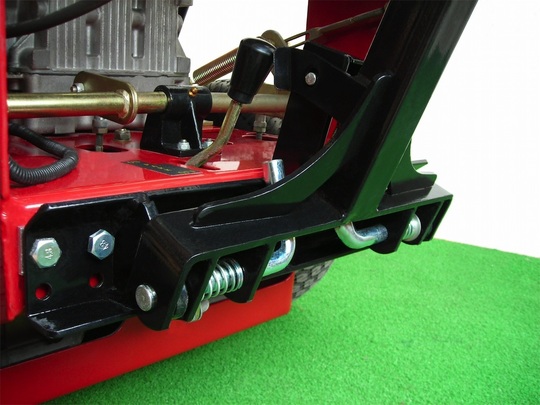 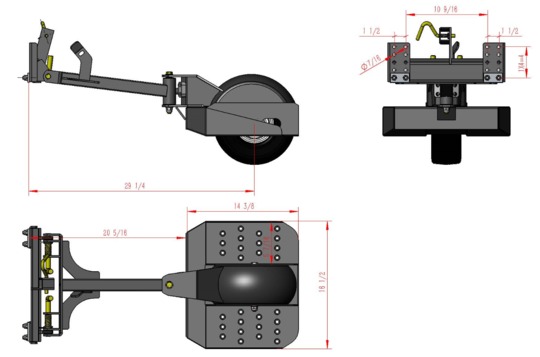 Please feel free to contact us for further information

MS2006N Quickly and easily convert your walk-behind mower into a stand-on riding mower. Increase efficiency and comfort for those long days of mowing. This patented sulky fits almost every mower! Hitch adapters are available. Please remember that a sulky device puts an increased load on a mower's drive system. Most mowers can handle the additional weight with no problem. The hitch is 14.5" wide to fit most mowers. The user suggested the weight of 220lbs and under. On orders of three or more sulkies, additional shipping charges may apply.

August 12, 2020
I noticed that the average review was 3 and I wanted to put in my two cents worth. While I understand the persons reasons for his average rating, I feel I must give mine. I used a Original Velke for over 8 years and over time, I replaced several bushings, tires, etc but what finally did me in was the foot plate and the rusting of the hood over the tire. Gradually the ground (sliding on pavement ) wore the bottom of the foot pad and it broke off. I looked at repairing but found the Bradley company Sulky. I purchased a Scratch and Dent and that was a JOKE... I mean, the item I received didn't look like it had even touched the ground, it was like brand new! I took a drill bit and drilled two holes for the Latch mounting and popped it on. OK, here are my comments on it's performance. First the build is VERY good, yes it's a bit heavy but it's stable. The tire is a bit larger than the original Velke but that results in a smoother ride. The footplate is wide and easy to get in and out of (which I've found is a upgrade from earlier models) The Lift / latch is handy but actually I don't use it much. The quick release makes removing the arm / wheel assembly a breeze. AS far as Value ... i purchased a used unit from a local small engine mechanic (thinking I was helping him out) I felt I could get a tire and replace my older Velke ...WELLLLL ... The unit was an older version and was repaired which made the foot plate narrow, I've spent 100.00 on a older unit that I'm still having repaired when I could have been riding around on a Scratch and Dent for a few dollars more. Take my advice ,GET THE UNIT, enjoy the ride, the convenience of being able to flip up or remove ...and know that this thing is built like a TANK and more comfortable than the Original Velke. Don't waste your time and money on a used unit... thanks guys !